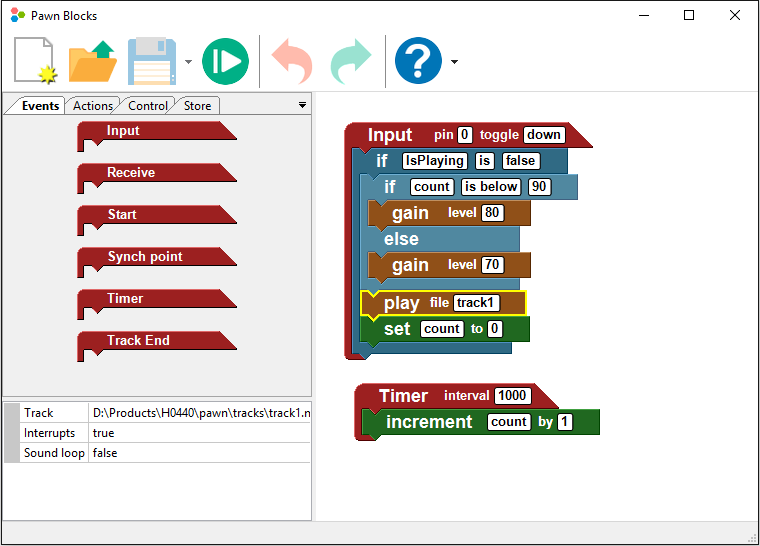 pawn Blocks is a "visual programming language" (VPL), a means to create programs by combining coloured blocks. Each block has a specific function and many blocks have parameters to further tweak those functions.

Due to these advantages, learning to create simple programs in a VPL is realitively easy and quick, even for specialized areas such as embedded systems. For example, below is a short introduction on the "Designer" application for pawn Blocks. While showing the various blocks, it develops a progressively more advanced program for an industrial audio controller.

While at first sight the program developed in the video may appear a toy example, it is strikingly similar to the implementation for the railway museum, where an infrared proximity sensor starts an audio sequence for a steam engine starting up and drives a fog machine at periods synchronized with the audio.